The world is facing a perfect storm with scarcity driving up fossil fuel prices just as we need to urgently address our carbon emission targets. So it’s not surprising a debate has developed in Australia about the pros and cons of nuclear power. A recent editorial in the Melbourne Age scoped the issue and put this reasonable proposition – “in an era when the devastating consequences of carbon emissions from fossil fuels are increasingly evident around the globe, the promise of a baseload energy source that does not contribute to climate change might seem attractive to some”(1).

Perhaps more than some!

However, this begs the question, is nuclear power the only baseload energy source that does not contribute to climate change?

In this article we look at the relative merits for Australia in providing baseload power from a nuclear power station versus Sunshine Hydro’s 100% renewable Superhybrid™ Djandori gung-i Project, now under development in the Central Queensland Renewable Energy Zone.

The Massachusetts Institute of Technology (MIT) Climate Portal tells us that, like wind and solar, nuclear fission is ‘carbon-free’, meaning it does not produce CO2 or other greenhouse gases. Large nuclear plants provide about 10% of the world’s electricity production and are well proven with new stations under construction in many countries. As the pressure of war in Ukraine created stress on countries relying on Russian coal and gas, France was largely shielded because about 70% of its power came from nuclear fission. It’s worth noting high temperatures and maintenance have currently reduced that percentage (2,3).

Australia doesn’t have the nuclear facilities or expertise of France. It has only one existing nuclear reactor, the 20 MW Open-pool Australian Lightwater (OPAL) Research Reactor at Lucas Heights. It’s currently not permissable to use nuclear in a main power station. The OPAL Research Reactor is designated as scientific research and is a special case. The task of getting a nuclear power station approved is significant. A nuclear power plant is expensive to build, and it has other disadvantages such as high water consumption and, not least, a lack of ‘social licence’ – the level of acceptance or approval from stakeholders and communities.

Hydropower provides about 16% of the world’s electricity generation. In Tasmania, well-established hydropower generation effectively harnesses the island’s topography and rainfall to produce 84% of the state’s energy. Another 15% comes from wind power and the remaining 1% from solar, scoring 100% renewable energy. It’s a reliable mix.

For Australia at large, which doesn’t share Tasmania’s natural hydropower advantages, 8% of electricity comes from hydro and about 26% from other renewables, mainly wind and solar.

Wind and solar energy are widely expected to increase, but they add an uncertainty factor: When the wind doesn’t blow and the sun doesn’t shine, there is a problem. When the wind blows too hard and the sun shines too much, it’s the flip side of the same problem.

It’s a problem often cited as the reason why gas or coal-fired power generation will continue to be needed into the future.

And it’s a problem that has truly tested the technicians at Sunshine Hydro over the past seven years as we’ve set out to create a totally green power station able to produce affordable, reliable, renewable, carbon-free baseload power 24 hours a day, 365 days a year – power that matches the performance of nuclear, coal or gas.

When all these participating technologies are orchestrated to operate collaboratively they produce continuous baseload power, peaking power to contribute to evening and other peak power needs, and a continuous supply of liquid hydrogen for transport and new industries.

Sounds straightforward? Finding a conductor for this orchestra has been another challenge. Managing these technologies together and keeping track of changing weather conditions as well as the electricity market is where Sunshine Hydro’s proprietary AESOP software comes into play. This software makes use of artificial intelligence to have all the technologies play their part at the right time.

Talk about hot topics. The cost of electricity is right now being bemoaned in offices and homes across Australia. The Australian Energy Market Operator (AEMO) reported the wholesale price in Australia’s main grid averaged $264 per MWh across the June quarter. That’s more than double the previous high of $130 in the first quarter of 2019 amid droughts and heatwaves, and a little more than three times the average price in the June quarter of 2021, which was $85.

Sunshine Hydro’s modelling shows baseload power from a Superhybrid power station will range from $70-100. Let’s call it $85. Because the price of wind and solar energy is not affected by world events or coal and gas prices, the price can be expected to be stable.

In this way it is quite similar to nuclear power, which doesn’t require much fuel and produces energy at a steady cost. For nuclear, wind and solar projects, most of the cost is the upfront capital cost of a power station.

The Hinkley C Nuclear Power Station, which is being built in the UK, might be seen to offer a useful guide to the cost of Australian nuclear power. As of May 2022, the project was two years late. It is expected to cost £25-£26 billion and is currently expected to be commissioned in 2027. The builder of Hinkley C, EDF, has negotiated a guaranteed fixed price for energy which is, adjusted for inflation at 2021, £106 per MWh. At today’s exchange rate that would be AUD$182.60. So even though nuclear power may seem expensive at $185/MWh it would be a bargain compared to the June quarter prices in Australia – but still twice the cost of the Djandori gung-i Superhybrid Power Station.

Sunshine Hydro has set up a digital twin for the Djandori gung-i Superhybrid using AESOP. This digital twin has modelled daily production every day since 2017 to see how it would perform if the Djandori gung-i Superhybrid was running in the national electricity market (NEM). The digital twin models performance at 5-minute intervals and takes into account available wind and solar energy as well as price in the market and weather forecasts. Using this, and other information, it chooses operating levels for pumped hydro and hydrogen production that exactly match the wind and solar energy available. When there is too much wind and solar it provides a load to absorb these, and when there is a shortfall it powers up the hydroelectric capacity to make up the difference. On rare occasions it uses power from a fuel cell.

By running this digital twin we have been able to fine-tune and test the Djandori gung-i Superhybrid’s reliability. It turns out that wind and solar energy are very reliable — we just need to work with their variability and make the right decisions about when to store power and when to generate.

The digital twin shows the Djandori gung-i Superhybrid maintaining a continuous 220 MW of baseload production since June 2017 with similar reliability to a nuclear power station.

Assuming approval could be gained for a nuclear power station in Australia, the construction period is likely to be as long as for Hinkley C in the UK where approval was given in 2017 and it is now slated for completion in 2027.

In the case of the Superhybrid Djandori gung-i Project, the project is set for completion in 2028, a three to four year construction period. Even allowing for delays it will surely be a decade earlier than any prospects for a nuclear power station.

The advantages of load

Something that turns out to be surprisingly important in a renewable energy grid is the ability to create demand when needed so that renewable energy sources are not curtailed due to lack of load. As an example, in the middle of the day in Australia, when a lot of solar energy is available, there is low demand. This creates problems for coal-fired baseload power stations. They cannot quickly respond by turning down production, and to be sure they can secure a load and keep running, coal-fired power stations offer energy to the NEM at below cost.

Contrast this with a Superhybrid power station which has the ability to provide a load by pumping water and producing hydrogen, ensuring the available renewable energy is soaked up and stored for later use.

A nuclear power station can only offer supply, not demand. This does not help to stabilise the energy grid.

In Australia, water security is also a hot topic of conversation, so let’s take a look at that.

At the heart of a Superhybrid power station is a pumped hydro station. Many people think that must use a lot of water. But it is a closed loop system, which means the water is continuously recycled. Yes, there is top-up water needed to correct seepage and evaporation losses, and some water is used in hydrogen production. The Djandori gung-i Superhybrid near Gladstone will obtain about half its water needs from its own small catchment and half from desalinated water so it does not put pressure on the local ecosystem. The Djandori gung-i Project will use about 400 to 500 litres of water for each MWh of delivered energy, including hydrogen production.

According to the Nuclear Energy Institute a nuclear power reactor consumes between 1,500 and 2,700 litres of water for each MWh of production.

There’s also a question of small modular reactors (SMRs). Could they offer nuclear hope? Apart from a potential lack of social licence and regulatory hurdles, there is a technical challenge. Although promoted as a viable alternative for power generation, this technology is in its early days and not yet available in practical terms. A 2017 study of eight companies working on this technology showed they calculated an average levelised cost of electricity from an SMR at USD$60 per Mwh or AUD$85 in 2017 dollars. It’s low, but it’s not better than the baseload energy cost from a Superhybrid.

Whether you consider water use, cost of energy, approval and construction time or the advantage of load, this review has indicated Sunshine Hydro’s Superhybrid™ offers a better choice than nuclear. It is arguably unnecessary to consider nuclear power stations in Australia, rich as we are in renewable energy and innovation from Australian companies such as Sunshine Hydro.

1. “Nuclear power is unlikely for Australia, but let’s have the debate,” Editorial in The Age, 10 June 2022. www.theage.com.au/environment/climate-change/nuclear-power-is-unlikely-for-australia-but-let-s-have-the-debate-20220610-p5asrg.html

3. “France’s nuclear plants are going down for repairs,” The Economist, 28 July 2022. www.economist.com/europe/2022/07/28/frances-nuclear-plants-are-going-down-for-repairs 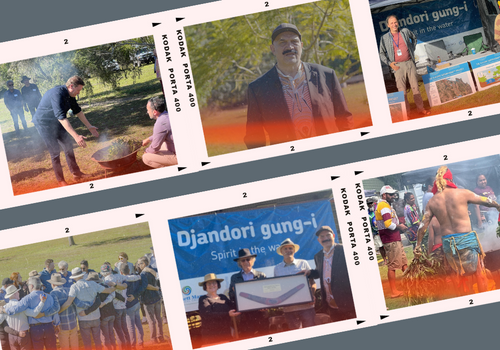 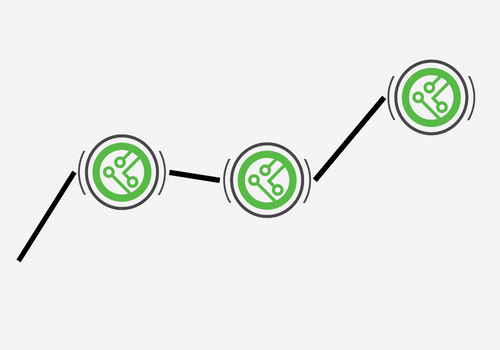